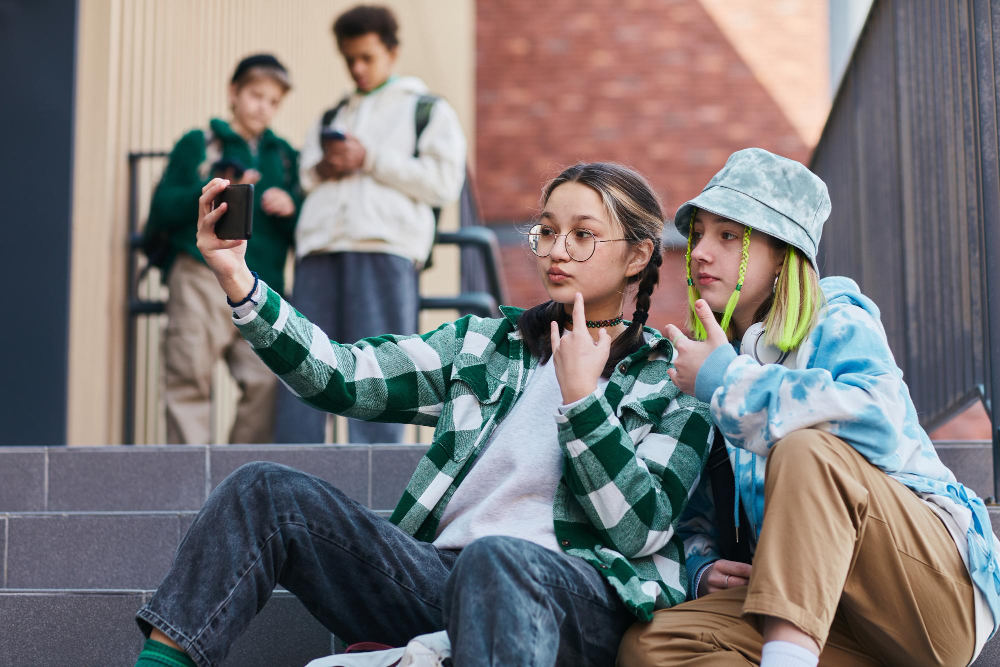 What Will No-Code mean for Gen Z?

Gen Z s the youngest and most diverse segment of the population right now Gen Z grew up with technology, the internet, and social media which makes them digital natives already. Gen Z is defined as anyone born between 1997 to 2012 and has been born in a world of smartphones, internet connectivity, and smart devices. Currently, they compose about 30% of the world’s population and the first fully global generation.

By 2025, this generation will make up 27% of the workforce.  They are also poised to make up 40% of global consumers with a spending power of $140bn. Reports show that targeting post-millennials will be essential for the business success of any marketer. Right now, they currently command $143 billion in purchase power and they are just getting started. This can be interesting since Gen Z is a diverse tech-savvy generation who are very open-minded on various issues. These issues range from sexuality, long-term purchases, and even what their careers will be.  Even though millennials are the biggest segment of the population, Gen Z could be driving a cultural shift.
Since they are exposed to technology at an early age, most of them are familiar with websites, software and apps and how they work.  They have shown greater digital fluency as has increasingly shown interest in coding and programming even at a young age. We will see how this interest will pave the way to no-code and how it will affect them in the future.

As the first digitally native generation, they are no strangers to technology and connectivity. Millennial parents have exposed them to mobile phones or tablets already at a young age and it is estimated that by their 12th birthday, they have their own smartphones already. According to a report by GlobalWebIndex, 98% of all Generation Zers worldwide own a smartphone.

74% of Gen Z-ers spend their free time online spending at least 8 hours a day on it.  His is across different devices including laptops and tablets. Their digital exposure influences how they obtain information and form opinions. What's good is that these can be channels of self-expression, research, and discovery. These can be done through social media and even online games such as massive multiplayer online role-playing games.

Since they are exposed to technology, they are now more aware of its technicalities of it. Countries like the Us, Australia, and Israel have already included coding in their middle school curriculum. The introduction of coding to young minds can make adoption easier as they grow older and enable them to think logically and creatively to solve problems. This skill can help them not only in programming but in other fields as well.

However, this is not yet fully rolled out in other countries due to lack of mentors and even updated technology. However, the entrance of no-code platforms will now make it easy for children to start building their no-code software, website or apps. These tools will enable them to do visual programming as easy as a drag and drop. Although, yes there is some code, the skill barrier is lowered and can be easily learned in other safe avenues such as Youtube, Twitter, Discord, etc.

As no-code platforms emerged, it paved the way for citizen developers or people with no formal training in development to create their open software. This also became an answer to some Gen Z who have limited access to a code training program. Gen Z is adapting to it not only because it’s easy to use and have developed the logic to make it work for them.

The fusion of open-mindedness and technology prompted the birth of the creator economy. We discussed this in our article, No-Code in Empowering the Creator Economy on how Gen Z has embraced the gig economy through freelance and creator jobs. No-code allowed them to create a more flexible future that didn't rely on working 9-5 for big corporations. No-code provides the freedom and independence to collect more experiences rather than rack up debt. It is accessible to anyone who has an idea where they can build it,  validate it, and iterate quickly. Even if you have a thriving business, there are no-code agencies that can create websites, apps, and software in a short span of time rather than having an expensive team do it for you.

Even in workplaces, they see the value of no-code as some Gen Zs start entering the workforce. No-code and low-code tools have been used to empower staff to solve their problems. As we discussed in our article, Easy Automation with No-Code, employees can save about 15 hours on admin tasks that can be devoted to high-level processes.

As no-code platforms develop and enhance their features, experts see a future where no-code is a common skill like creating a Google Slides presentation or an Excel report. Right now, we see younger Gen Zs gearing up for metaverse creation via Roblox and Minecraft. , Both platforms’ goals are to build entire worlds using their devices. As Web3 slowly rolls out, we see Gen Z is preparing to take on blockchain and metaverse.

No-Code will be a Gen Z Mainstay

We dare say that as no-code evolves for the better, we see more Gen Z using it to create and share more. Connectivity will be even more sophisticated as metaverse becomes more mainstream. No-code development will be critical as they join this new community since it can also be used to create DAOs, create AI-powered tools, and even operate 3D programs. When you think about it, it’s all about setting the stage for Gen Alpha or Gen A which will reap the benefits of Web3 and blockchain technology. For now, no-code will make sure a more inclusive world for Gen Z.

Have an app or website idea for Gen Zs? Let us help you build one! Our team has certified experts who can guide you through the building process. Click to book a FREE consultation call today.

Sign up for our newsletter to know more about no-code and what our team can do for you!